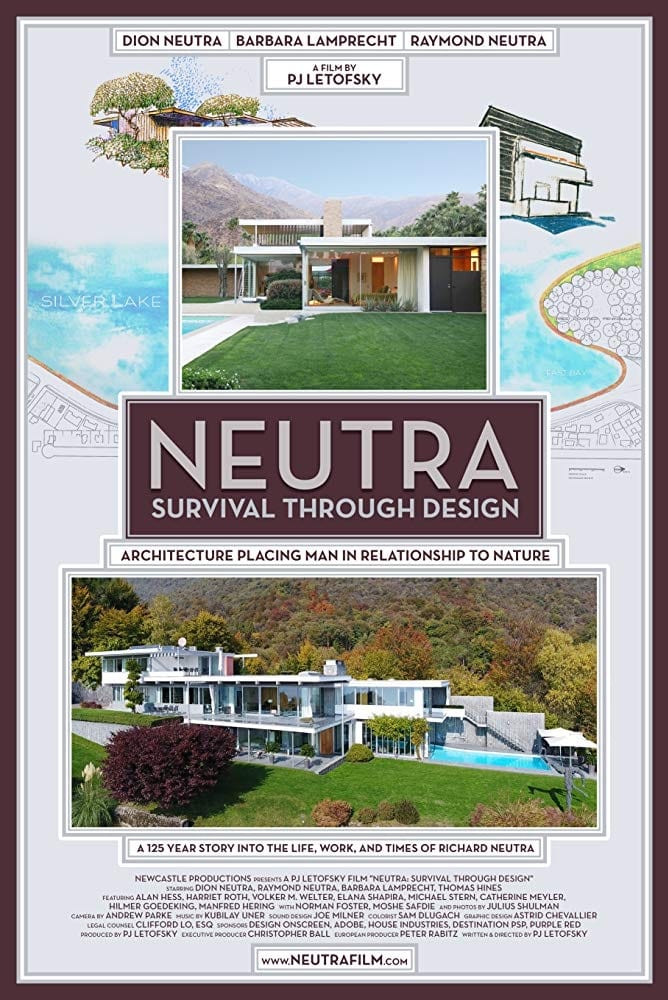 This insightful documentary feature from PJ Letofsky serves as a profile of iconic Austrian-American Architect Richard Neutra, whose work and legacy have helped shape the modern understanding of design, architecture and the interconnected fabric of nature. Today, Richard's legacy lives on through his son, Dion, who has taken up his father's mantle after nearly three-decades under his mentorship. An eye-opening exploration into the life and career of one of the design world's leading voices, the film is anchored by interviews from some of the field's brightest minds, who speak to Neutra's work, influence and philosophies. The film crosses geographical boundaries to tell Neutra's story, alternating between Germany, Switzerland, Los Angeles and